0
By Carl Varney Posted on September 6, 2006 in iAproductions News 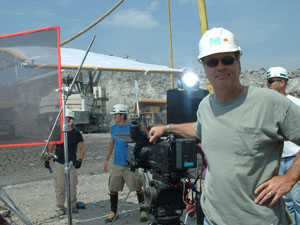 Utilizing a Sony Cinealta High Definition camera, the television commercials highlighted the economic contributions made by West Virginia’s largest coal producer and featured a crew of 12. 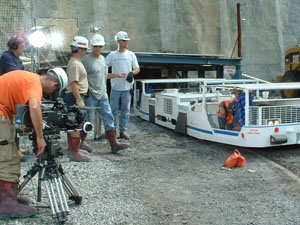 While most of the shoot occurred above ground, one of the most dramatic visuals occurred when the iAproductions’ crew went underground to shoot Massey Energy miners boarding a man-trip.

IA Production crewmembers were required to undergo specific mine safety training before being allowed to enter the deep mine.