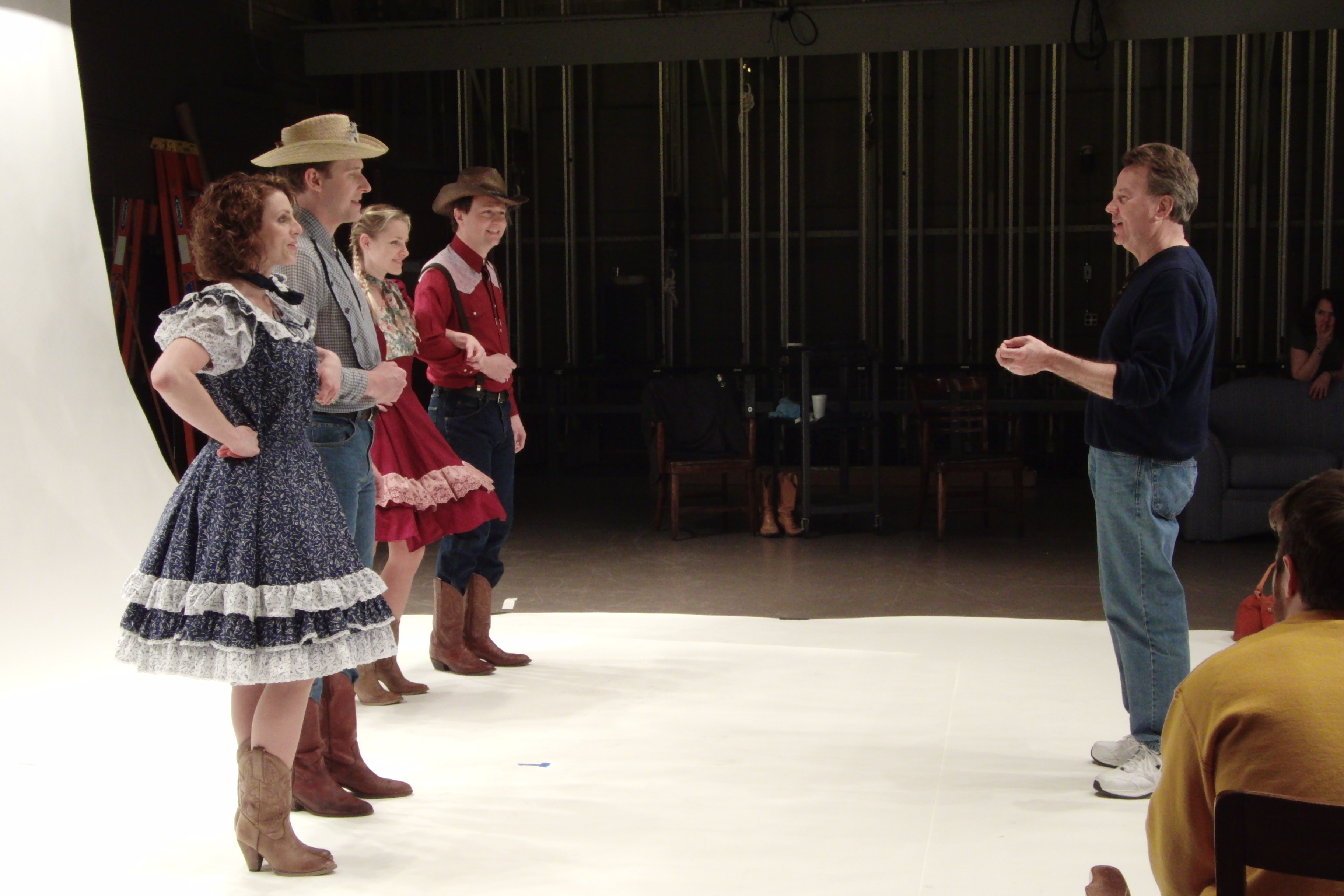 What do an adorable little girl, two disgruntled moving men, four square dancers, a frazzled family and an eighties rocker have in common? They are all part of two TV spots created by iA to promote the West Virginia Housing Development Fund’s new “Movin Up” home loan program. The program was designed for existing homeowners who want to move up to a larger home or are just ready for a change.

The first of the two comedy spots titled Get Movin’ depicts a family who must wait in line as a teen daughter monopolizes their home’s only bathroom. “Nothing could be more to the point or funnier.” said iA’s Carl Varney, the spot’s creator. “These folks really need a larger home.”

In the second spot called Change male and female characters who “change with the times, change their minds and finally change places” thanks to a “Movin’ Up” home loan.

“We’re grateful that the Fund let us run with our ideas for these spots. It’s not every day an institutional client has the vision and the courage to use comedy to promote a financial product,” said director Bill Hogan.

The spots premiered on TV stations across the state in February and met with immediate, positive feedback. George Gannon, the Fund’s Communications Manager reported unprecedented traffic on the Fund’s Facebook page and web site within twenty-four hours of posting the “Movin’ Up” spots. Patti Shamblin, a loan origination manager with the Fund, reports increased phone traffic since the spots began airing.